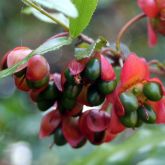 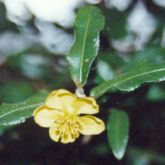 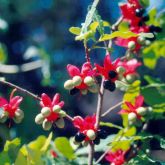 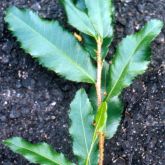 Native to Africa, ochna is a small shrub with attractive yellow flowers.

Ochna was introduced to Australia in the early 1900s and has been widely planted as a garden ornamental here. Birds spread this plant into bushland, where it can become invasive and form dense thickets that are hard to remove. Ochna is common in South East Queensland.

Ochna is not a prohibited or restricted invasive plant under the Biosecurity Act 2014.