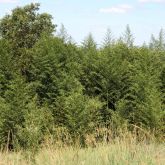 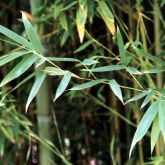 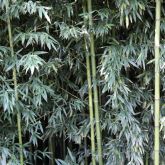 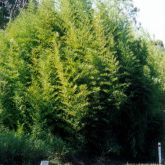 Native to tropical and subtropical Asia, bamboo is a tall, woody grass that grows in dense stands. Bamboo was introduced to Australia as an ornamental plant, and today is often used to create shelter belts or for erosion control.

Bamboo species have spread into many parts of South East Queensland and northern New South Wales. Where they have broken containment and become invasive, running bamboos have become a problem for landowners and managers of natural areas. Nothing will grow under bamboo, and it crowds out native and other desirable species.

Bamboo is not a prohibited or restricted invasive plant under the Biosecurity Act 2014.