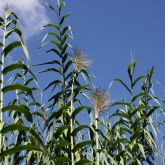 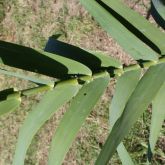 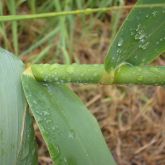 Believed to originate in either India, tropical Asia or the Mediterranean region, giant reed is a large, robust grass with feathery flowers.

Giant reed is a major pest in Mexico, South Africa and the USA, where it has formed extensive pure stands in freshwater riparian habitats, replacing other vegetation.

Giant reed appears to be in an early stage of population development in Queensland. Despite being relatively slow to spread, giant reed has the potential to become a widespread and abundant pest over the long term. Giant reed has recently been promoted as a new source of quick-growing 'biofuel' (often referred to as 'Adx').

Giant reed is not a prohibited or restricted invasive plant under the Biosecurity Act 2014.