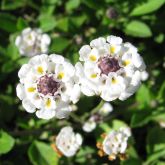 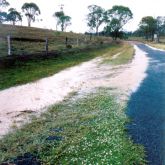 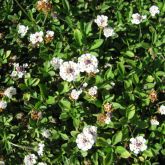 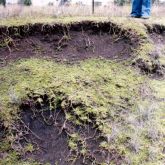 Native to South America, lippia is a summer-growing, broadleaved perennial herb. Lippia forms a solid, mat-like ground cover, with runners that take root at nodes. It can out-compete both native vegetation and pasture species.

Lippia is found in every Australian state and territory except for Tasmania. It is a serious environmental and pastoral weed in the Murray-Darling river system in Queensland and New South Wales. Lippia is well adapted to floodplains and adjacent areas, and is extremely difficult to control.

Lippia is not a prohibited or restricted invasive plant under the Biosecurity Act 2014.