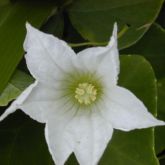 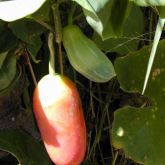 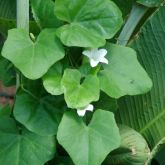 Thought to be native to India, Asia and central Africa, ivy gourd is a smothering vine. It is recorded as an invasive weed on the Pacific islands of Saipan, Fiji, Guam, Tongatapu, the Solomons and Hawaii.

In Australia, ivy gourd is found in the Kimberley region of Western Australia, and in Arnhem Land, Darwin and the Gulf region in the Northern Territory. North Queensland currently has small, scattered populations. Ivy gourd can smother vegetation and other objects, forming a dense canopy. It has the potential to spread if not controlled.

Ivy gourd is not a prohibited or restricted invasive plant under the Biosecurity Act 2014.