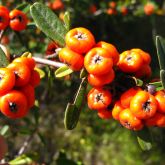 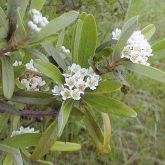 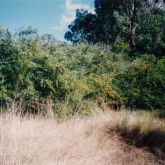 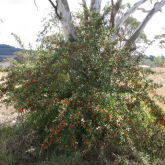 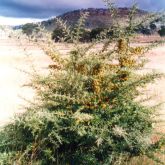 Native to parts of Asia and Europe, firethorn is a spiny, evergreen shrub. About 10 species of firethorn are found in its native range.

In Queensland, several firethorn species were popular garden ornamental plants in the past. At least 4 species have now naturalised in cooler, upland areas of South East Queensland, with Pyracantha angustifolia most widespread. Firethorn can form dense thickets that replace native vegetation.

Firethorn is not a prohibited or restricted invasive plant under the Biosecurity Act 2014.