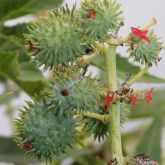 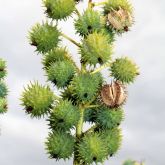 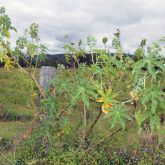 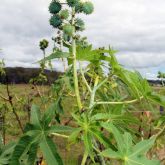 Native to Africa and India, castor oil plant is a large, flowering shrub with seeds that are poisonous to both humans and animals.

Castor oil plant has now naturalised throughout Australia and is found in all states and territories except Tasmania. It is often abundant along gullies, watercourses and roadsides, and on floodplains and disturbed land. It can spread quickly, overtaking prime grazing land and making it unfit for livestock.

Castor oil plant is not a prohibited or restricted invasive plant under the Biosecurity Act 2014.