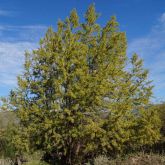 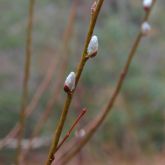 Willows are among Australia's worst weeds because of their invasive tendencies, potential for spread, and economic and environmental impacts. They can invade riverbanks and wetlands, causing erosion and blocking waterways. Willows are a serious weed in Victoria, New South Wales and the Australian Capital Territory, causing millions of dollars in damage. Smaller numbers are also found in southern Queensland.

You must manage the impacts of willows on your land.

You must not give away, sell or release willows into the environment.