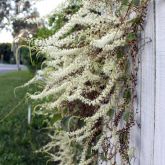 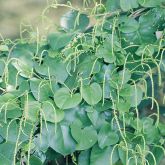 Native to South America, Madeira vine is a vigorous climber that  can produce thousands of aerial tubers along its stem. It is a serious environmental invasive plant that can degrade intact native forests, completely altering the environments it dominates.

You must manage the impacts of Madeira vine on your land.

You must not give away, sell or release Madeira vine into the environment.