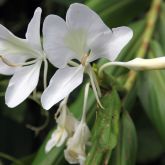 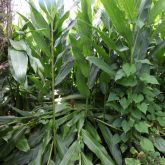 Native to southern Asia, white ginger is a herbaceous perennial shrub that is a major weed in a number of countries. White ginger's popularity as a garden plant increases the risk that it may become a pest in Queensland. It forms dense stands that replace native plants.

White ginger is a restricted invasive plant under the Biosecurity Act 2014.