Have you seen Water mimosa? 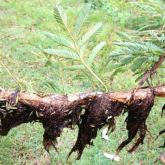 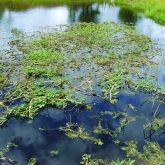 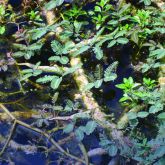 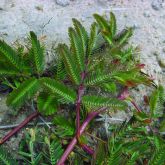 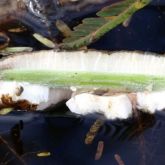 The term 'water mimosa' refers to the species Neptunia oleracea and Neptunia plena. Both are native to Mexico, Central America and northern parts of South America. N. plena also grows in tropical Asia, where it is farmed as a water vegetable.

Water mimosa is an aquatic, nitrogen-fixing legume that releases nitrogen into water bodies. This can lead to increased algal blooms and encourage growth of other weeds such as water hyacinth, water lettuce and salvinia. Excess nitrogen also affects water quality and increases water-treatment costs.

Water mimosa can grow on damp soil or as thick mats on water. It is found in scattered sites across Queensland.

You must manage the impacts of Water mimosa on your land.

You must not give away, sell or release Water mimosa into the environment.