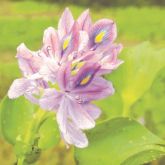 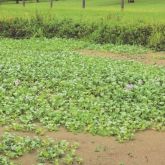 Water hyacinth is a major pest of creeks, rivers and dams. It chokes wetlands and waterways, killing native wildlife and interfering with recreational use.

You must manage the impacts of water hyacinth on your land.

You must not give away, sell or release water hyacinth into the environment.