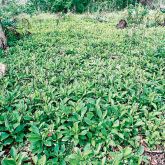 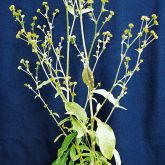 Native to the tropical Americas, tobacco weed is a vigorous and aggressive weed of agriculture in many wet tropical and subtropical countries. It smothers pasture with its seedlings and is a major threat to north Queensland's beef and dairy industries.

Tobacco weed is a restricted invasive plant under the Biosecurity Act 2014.