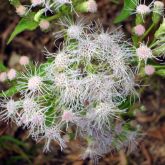 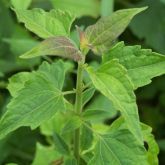 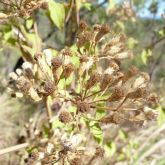 Native to Central and South America, Siam weed is a dense, tangling bush, considered one of the world's most invasive weeds. It quickly invades and smothers native vegetation.

In Australia, Siam weed has been the target of a national eradication program since 1994. However, an assessment of the program by a nationally appointed scientific advisory panel concluded that it was no longer technically feasible to eradicate Siam weed. Biosecurity Queensland is working with industry groups, local government and other state agencies to support land managers to develop more realistic and practical goals to manage Siam weed in Queensland.

Siam weed is a restricted invasive plant under the Biosecurity Act 2014.