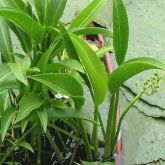 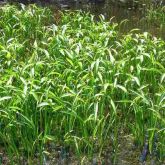 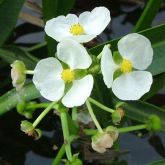 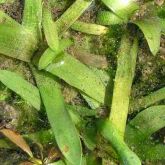 Native to North America, sagittaria is an aquatic perennial introduced to Australia as an aquarium plant. In the wild, it invades and degrades natural wetlands. The first infestation of sagittaria was found in Brisbane in 1959, then Victoria in 1962. It is now widely distributed in the Murray Irrigation District, Sydney and Newcastle, Melbourne, Perth, Canberra, and Adelaide.  It is a Weed of National Significance (WONS).

Sagittaria is a restricted invasive plant under the Biosecurity Act 2014.

Control is best carried out when water levels are low. Appropriate hygiene and containment measures need to be applied to prevent further spread downstream.