Be on the lookout for Limnocharis and report it to Biosecurity Queensland. Early detection and reporting are the key elements in preventing Limnocharis from becoming a major problem in Queensland. 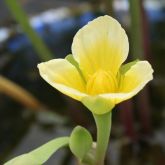 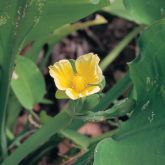 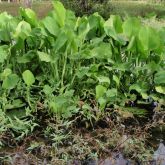 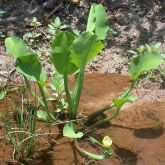 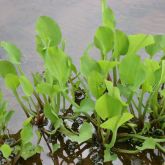 Limnocharis is an introduced weed in southern USA and parts of Asia. It is a serious agricultural and biodiversity threat to northern Australia, including the Northern Territory, northern Western Australia, and much of eastern Queensland. Infestations in northern Australia have been found in backyard ponds, ornamental lakes, farm drains and natural waterways.

You must manage the impacts of Limnocharis on your land.

You must not give away, sell or release Limnocharis into the environment.

Phone 13 25 23 if you find a plant you suspect may be limnocharis to seek advice on control options.