Have you seen Hudson pear?

Be on the lookout for Hudson pear and report it to Biosecurity Queensland. Early detection and reporting are the key elements in preventing Hudson pear from becoming a major problem in Queensland. 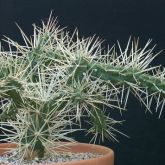 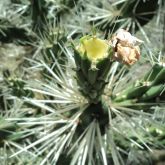 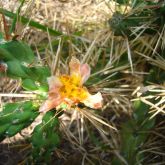 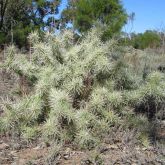 Hudson pear is a major invasive plant around Lightning Ridge in New South Wales, where it has formed an extensive wild population. Smaller infestations are found in Western Australia, Northern Territory, South Australia and Queensland. Hudson pear can destroy grazing land and prevent most forms of outdoor recreation, including bushwalking and camping. Hudson pear's reverse-barbed spines can harm wildlife and a single human fatality has been recorded.

You must manage the impacts of Hudson pear on your land.

You must not give away, sell or release Hudson pear into the environment.

Call 13 25 23 if you find a plant you suspect may be Hudson pear to seek advice on control options.