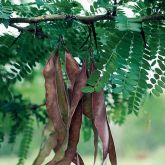 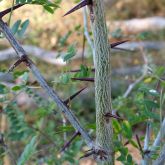 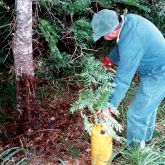 Native to North America (from Mexico to Canada), honey locust is a large, spiny, rapidly growing tree. Honey locust has been promoted and planted in Australia as a fodder tree and garden ornamental.

Honey locust forms dense, spiny thickets that can out-compete native vegetation, provide a haven for pests, and injure stock and humans. It is a major threat to the environment and sustainable pasture production.

You must manage the impacts of Honey locust on your land.

You must not give away, sell or release Honey locust into the environment.