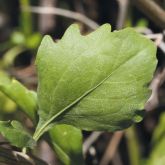 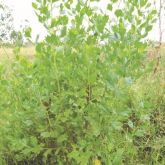 Native to the USA, groundsel bush is a dense, woody shrub particularly suited to moist and coastal areas.

Groundsel bush was introduced to the Brisbane region as an ornamental plant before 1900. Now found in coastal parts of Queensland and northern New South Wales, it competes with both native and pasture vegetation and can be a serious weed in young forestry plantations. The spread of groundsel bush threatens the sustainability of agriculture and other land uses.

You must manage the impacts of Groundsel bush on your land.

You must not give away, sell or release Groundsel bush into the environment.