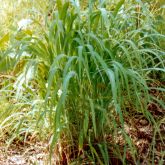 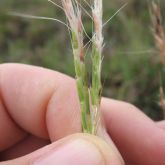 Native to Africa's tropical and subtropical savannas, Gamba grass is a perennial tussock grass introduced to many parts of the world for use as an improved pasture plant. Gamba grass was imported into Queensland as a pasture grass in 1942, but was not planted on a large scale until about 1983.

Gamba grass is a restricted invasive plant under the Biosecurity Act 2014.