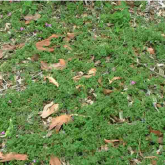 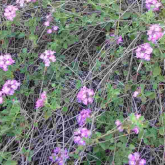 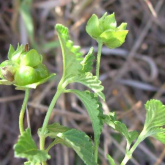 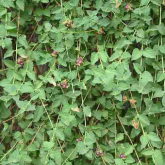 Native to Uruguay in South America, creeping lantana is a low growing long lived shrub that has the ability to persist during periods of extended drought and an ability to grow and reproduce under conditions of both shade and full sunlight.

In the Burnett region during the 1980s and the early 1990s the level of infestation seemed to reach a critical level and the impact of the plant increased dramatically. Some grazing properties in the North Burnett suffered decreases in carrying capacity that jeopardised the viability of those enterprises. Land values decreased and severe infestations on national parks became apparent. The plant often grows in large tracts of rough terrain where traditional control measures are not practical.

Like Lantana camara, creeping lantana is a weed in other states and around the world.

You must manage the impacts of creeping lantana on your land.

You must not give away, sell or release creeping lantana into the environment.

Read the lantana fact sheet (PDF, 286KB) for herbicide control and application rates, check on the label that it is recommended for Lantana montevidensis.