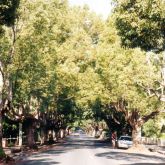 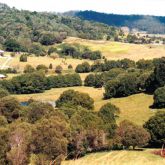 Native to Taiwan, Japan and parts of China, camphor laurel was introduced to Australia in 1822 as a garden ornamental. Since then, feral populations have established from the Atherton Tableland in north Queensland to Victoria. Camphor laurel is common in South East Queensland.

Camphor laurel is an attractive shade tree but can be very invasive, replacing pasture and native vegetation.

Camphor laurel is a restricted invasive plant under the Biosecurity Act 2014.