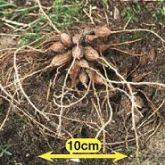 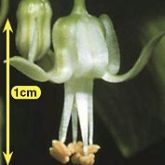 Native to the Western Cape region of South Africa, bridal veil has been present in Australia as an ornamental plant since 1870. Naturalised populations were recorded on Kangaroo Island in 1954 and has since naturalised in coastal and inland regions of South Australia, Western Australia and Victoria.

Bridal veil is very similar to bridal creeper and has become a highly invasive and aggressive environmental weed. All weedy species of asparagus ferns are listed as Weeds of National Significance.

Bridal veil is a restricted invasive plant under the Biosecurity Act 2014.