Have you seen Bridal creeper? 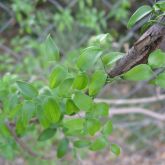 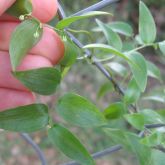 Native to southern Africa, bridal creeper is a glossy green plant that can smother native vegetation and form a thick mat of underground tubers. A weed of national significance, it is widespread in south-western West Australia, southern South Australia and eastern Victoria.

Although it is not climatically suited to most of Queensland, bridal creeper has the potential to become a pest in cooler parts of southern Queensland such as around Stanthorpe and Warwick.

Bridal creeper is a restricted invasive plant under the Biosecurity Act 2014.