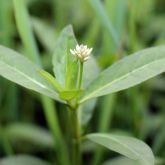 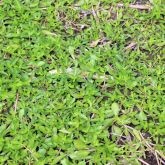 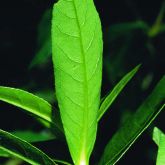 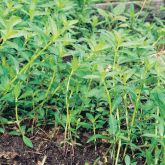 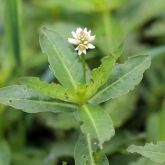 Native to South America, alligator weed is a perennial plant that grows on land in damp soil, or on water as dense floating mats. Alligator weed affects water flow, water quality, native plants and native animals, and has major economic and social impacts.

Alligator weed is a restricted invasive plant under the Biosecurity Act 2014.

Three biological control agents from South America have been introduced into New South Wales. Two of these insects are established and contribute to control of alligator weed growing in water but not on land: