Have you seen Hog deer?

Be on the lookout for Hog deer and report it to Biosecurity Queensland. Early detection and reporting are the key elements in controlling Hog deer. 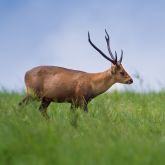 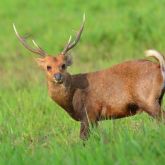 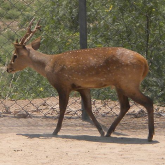 Native from Pakistan and India through to Myanmar, hog deer is the smallest of the 6 species of deer in Australia. They were introduced into Victoria, Australia in the late 1860s and are well established in the Gippsland coastal area. In 2004, populations were identified in South Australia and New South Wales. Hog deer could potentially thrive in Queensland.

The hog deer is a restricted invasive animal under the Biosecurity Act 2014.