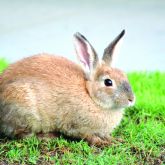 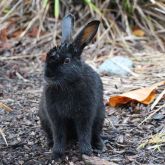 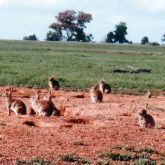 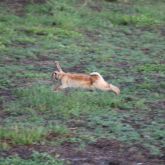 Introducing, keeping and selling rabbits in Queensland is illegal and penalties apply. Limited numbers of permits for domestic rabbits are available from Biosecurity Queensland for research purposes, public display, magic acts, and circuses. Before a permit is granted, guidelines must be met.

You can support a national rabbit mapping project by reporting rabbit populations.

If you have a pet rabbit, you can surrender it to the RSPCA or the Animal Welfare League who are permitted to rehome illegally kept rabbits interstate.

You must manage the impacts of rabbits on your land.

You must not move, keep, feed, give away, sell or release rabbits into the environment.

How to distinguish a rabbit from a hare