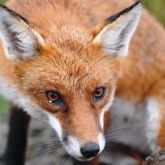 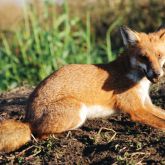 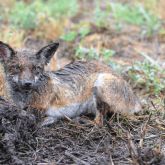 Native to the northern hemisphere, the European red fox is 1 of 11 canid species worldwide. The fox was introduced to Australia from England as a sport animal during the 1860s and became an invasive pest species within 30 years. Today, foxes are widespread throughout most of mainland Australia. Foxes threaten Australia's agricultural and native species.

You can support a national fox mapping project by reporting fox populations.

You must manage the impacts of foxes on your land.

You must not move, keep, feed, give away, sell or release foxes into the environment.