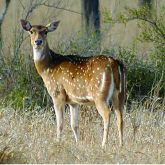 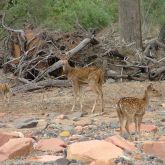 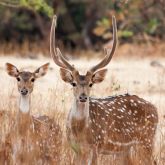 Chital were released north of Charters Towers in the late nineteenth century. Today, feral chital are found in this area and in pockets across Queensland, including near Townsville, Barcaldine and Texas. Much of Queensland is likely to be suitable for chital deer as long as their water requirements are met.

Feral chital deer can damage native and cultivated vegetation and pose a hazard to vehicles.

Feral chital deer is a restricted invasive animal under the Biosecurity Act 2014.