If you see or catch carp outside of their known distribution, take a photo and report it online or call Biosecurity Queensland on 13 25 23. 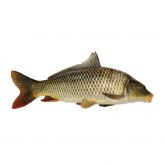 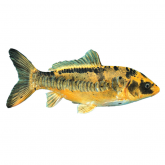 Carp varieties (all the same species) present in Australian waters are:

Carp were originally imported into Australia as game fish and have since spread throughout many waterways including the Murray-Darling Basin. It is illegal to keep carp as ornamental fish in Queensland.

Carp pose a major environmental threat, as they can rapidly outnumber native fish and greatly disturb aquatic environments through their destructive feeding habits. We are developing controls to reduce the number of carp in Australian waters.

The National Carp Control Plan explores the potential for biocontrol of carp in our waterways. Learn more about the plan.

Carp is a restricted noxious fish under the Biosecurity Act 2014.