Have you seen Blackbuck antelope? 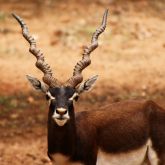 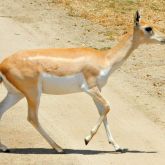 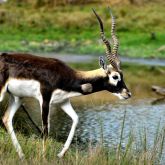 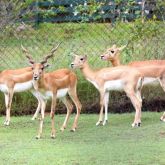 Native to parts of India, Pakistan and Nepal, blackbuck antelopes are highly prized by hunters and are occasionally released for sport in other countries. Feral populations of blackbuck have established in the USA and Argentina.

In Australia, blackbuck antelopes were first introduced to Western Australia in the early 1900s, and illegally introduced to Queensland's Cape York in the late 1980s or early 1990s. The Cape York population has since been eradicated.

Blackbuck are climatically suited to north Queensland and are likely to establish there if reintroduced. To prevent blackbuck from establishing in Queensland, restrictions apply to their import, possession and sale.

You must not move, keep, feed, give away, sell or release blackbuck antelopes into the environment.