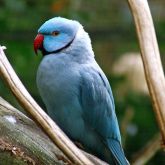 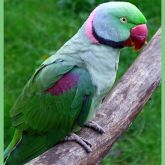 Native to sub-Saharan Africa and southern Asia, the Indian ringneck parrot is a popular cage bird. It is the most widely introduced parrot in the world, and wild populations have now established in Europe, the Middle East, America, and outside of the ringneck's native range in Africa and Asia.

Currently, wild populations are absent from Queensland. However, Indian ringnecks are privately kept in Queensland and, if enough of these birds escaped or were released, they could present a high risk of pest establishment.

The Indian ringneck parrot is not a prohibited or restricted invasive animal under the Biosecurity Act 2014.