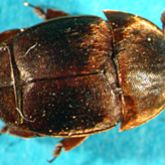 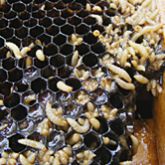 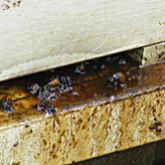 Native to sub-Saharan Africa, the small hive beetle is a brownish-black beetle with spiny larvae.

A major threat to honey producers, hive beetle larvae tunnel through hives and consume honeycomb, pollen and honey. Larvae also defecate and leave slime behind them.

In the USA, 20,000 hives were lost in the first 2 years of an outbreak of small hive beetle. The species is widespread in South East Queensland and has recently been detected in north Queensland.

Do not use unregistered chemicals in your hives to control small hive beetle - this could result in residues in honey and bee products.