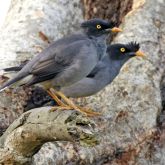 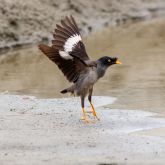 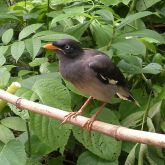 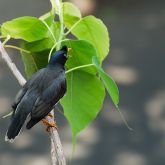 Native to India and South-East Asia, the jungle myna is a medium-sized, black-grey bird with white wing patches. It is a pest that damages orchards and plantation crops in Singapore, Taiwan, Fiji and Western Samoa. Jungle mynas can also compete with native bird species.

The jungle myna is currently absent from Queensland but has the potential to become a significant pest here, like the Indian myna, to which it is closely related.

The jungle myna is not a prohibited or restricted invasive animal under the Biosecurity Act 2014.