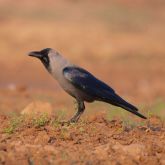 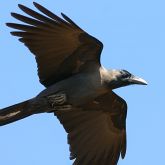 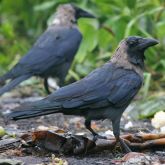 Native to India, the Middle East and nearby parts of Asia, the Indian house crow is a significant pest in Africa and Asia. It can compete with native birds, damage crops and become an urban nuisance.

While not currently found in Australia, Indian house crows are occasionally detected on international cargo ships arriving here. This species is a high pest risk for Queensland because it is well suited to the climate across much of the state. Quarantine measures and early detection are vital in preventing its establishment here.

The Indian house crow is not a prohibited or restricted invasive animal under the Biosecurity Act 2014.