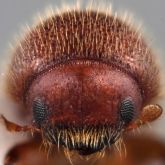 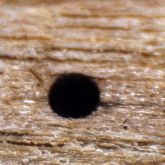 Adult beetles are reddish-brown in colour. They have been recorded in south-eastern Queensland and are considered an aggressive species that may attack stressed trees, freshly cut logs, seedlings and healthy trees. They mainly attack hardwood trees but can also attack conifers.

Granulate ambrosia beetle is not a prohibited or restricted invasive animal under the Biosecurity Act 2014.