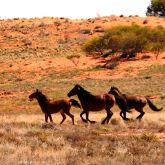 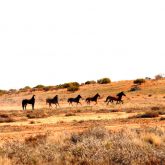 Horses were introduced to Australia from Europe by the First Fleet in 1788, and more horses were imported later for a range of uses. Escaped horses went on to form feral populations, which eventually spread across a wide area.

Today, there may be as many as 200,000 feral horses in Queensland, mainly in semi-arid western and north-western areas of the state.

Feral horses can cause significant damage to soil and native vegetation, and compete with livestock for food and water.

The feral horse is not a prohibited or restricted invasive animal under the Biosecurity Act 2014.