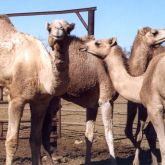 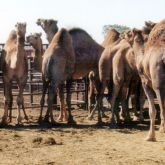 Inhabiting the deserts of the Middle East, central Asia and northern Africa, the dromedary camel is a large herbivore. Introduced to Australia in the 19th century for transport, it went on to form feral populations, which now spread across central Australia, Western Australia, the Northern Territory, northern parts of South Australia, and outback Queensland.

In Australia, some camels are used for meat, invasive plant control and camel rides and safaris. However, feral populations can destroy vegetation, cause erosion and damage infrastructure such as fences and buildings.

The camel is not a prohibited or restricted invasive animal under the Biosecurity Act 2014.