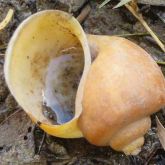 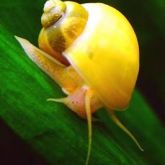 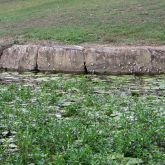 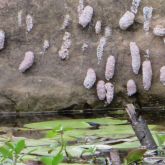 Native to tropical South and Central America, the spiked-top apple snail is a freshwater species that takes its name from the pointed end of its shell (its ‘spire’), which is high and sharp. The species is also known as the ‘golden mystery snail’.

This species is a popular aquarium snail, often purchased to help keep fish tanks clean. Feral infestations found in Queensland are most likely due to snails being released or escaping into the wild.

Buying and keeping spiked-top apple snails in home aquariums is permitted, provided that they cannot escape into local waterways.

The spiked-top apple snail is not a prohibited or restricted invasive animal under the Biosecurity Act 2014.