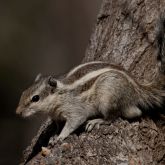 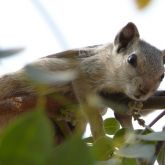 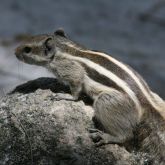 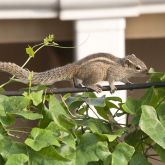 The Indian palm squirrel is a prohibited invasive animal under the Biosecurity Act 2014.