Have you seen Indian mongoose? 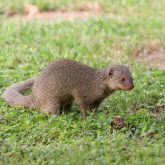 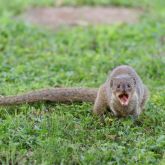 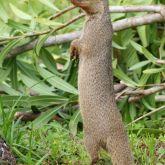 Native to southern Asia from Saudi Arabia to Malaysia, the Indian mongoose is a small, predatory mammal. Introduced to a number of countries to control rodents in sugarcane crops, it has gone on to establish feral populations in locations including the West Indies, Hawaiian Islands and Suriname.

The Indian mongoose has not been recorded in Australia, but pest risk assessment indicates that it could establish a wild population in Queensland if introduced. Feral populations in other countries have caused the extinction and decline of many native species.

The Indian mongoose is listed as one of the world's 100 worst alien invasive species by the International Union for Conservation of Nature. To prevent it from establishing in Queensland, restrictions apply to its import, possession and sale.