Have you seen Cobra?

Be on the lookout for Cobra and report it to Biosecurity Queensland. Early detection and reporting are the key elements in controlling Cobra. 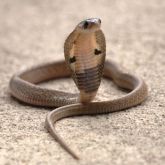 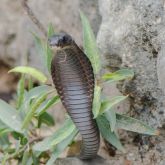 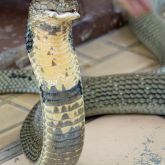 Native to Africa and Asia, including Indonesia, cobras are long, slender snakes that can produce a hood when threatened. The cobra family includes 30 species. To date, no cobra species have naturalised in Australia, but many could thrive in parts of Queensland if introduced.

Cobras are highly prized by reptile keepers, but their venom can kill humans, and introduced populations would prey on native wildlife. To prevent cobras from establishing in Queensland, restrictions apply to their import, possession and sale.

The cobra is a prohibited invasive animal under the Biosecurity Act 2014.