Have you seen Boa constrictor? 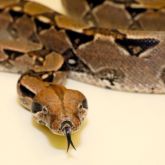 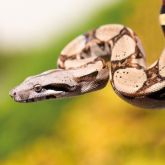 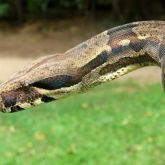 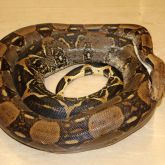 Native to North, Central and South America, boa constrictors are large, non-venomous snakes. In some parts of their native range, boa constrictor numbers have been substantially reduced by human and animal predation and by over-collection for the exotic and snakeskin trades. However, most populations are not under threat of immediate extinction.

Ten subspecies of boa constrictor are currently recognised. Boa constrictors are a pest species in the USA, where feral populations have established outside the species’ native range. Boa constrictors represent a significant risk to Australia because they can carry new disease and harm native wildlife.

Biosecurity Queensland encourages people to report this pest animal and take actions to help stop its establishment, prevent its spread, and control this pest.