Have you seen Asian green mussel? 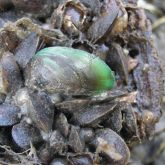 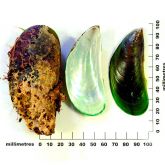 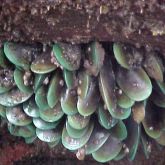 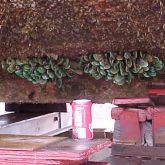 Asian green mussel is an invasive and prohibited marine pest. It has been detected in Queensland several times in recent years:

However,  no populations are known to exist in the environment and it is considered exotic to Australia.

Asian green mussel can be introduced via ship's ballast water, as biofouling on boat hulls and through internal seawater systems.

The Asian green mussel is bright green when young and dark green to brown when mature, they are fast-growing and able to tolerate a wide range of conditions. They can spread rapidly in new locations, particularly where local predators are limited. They form dense populations, up to 35,000 individuals per square metre on a variety of hard marine structures.

It is illegal to import, or in any way deal with Asian green mussel. You must report any suspected sightings to Biosecurity Queensland.