Have you seen African serval? 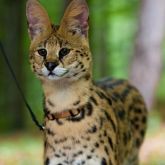 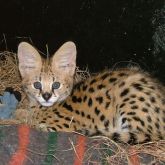 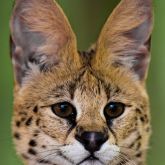 Native to Africa's tropical savannas, the African serval is a medium-sized cat with large ears and spotted fur.

Captive African servals are kept as pets in the USA and in zoos around the world, including in Australia. They have the potential to thrive in parts of Queensland if introduced into the wild. African servals can eat native species and attack humans.

To prevent African servals from establishing in Queensland, restrictions apply to their import, possession and sale.

The serval is a prohibited invasive animal under the Biosecurity Act 2014.

Early detection is essential for preventing pest establishment. If you have seen or are in possession of an African serval, contact Biosecurity Queensland on 13 25 23.